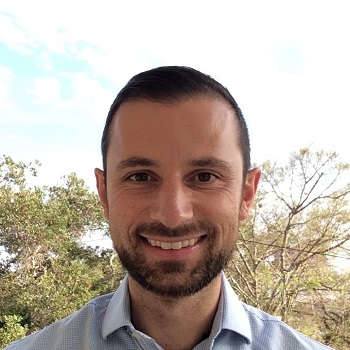 I started my hospitality career in my early twenties in a very successful franchise café in London. Since then in every place I’ve worked I’ve always aimed to learn more and improve my career and understanding, firstly from the service side and later the management side.

I spent 4 years working in London, progressing from the café where I started to restaurants and bars, finally reaching the pinnacle of my career at that time managing a large cocktail bar in East London which was part of a very successful group of venues in the area and all over the United Kingdom.

After that experience and 4 very productive years in the UK I felt ready to open my own venue. I opened a seasonal restaurant on the west coast of Italy inside a well-known beach resort.

The season went great but what was even better (beside the fact of working 20 meters from the sea) was the different view that you have when you run your own place instead of working for someone, everything changes.

After finishing the season in Italy I decided to come to Australia with my wife to start a family and in 2012 I moved to Melbourne where I worked for the Lucas Group who own a number of venues in the city.

After two great years in Melbourne I moved to Sydney where I managed a restaurant in the city, owned a café in North Sydney and one on the Lower North Shore.

During the processes of buying and selling my own businesses I met various brokers and one of them was Paul Leach from GSE Business Consultants. Paul was the only one who inspired professionalism and took care of what he was doing.

After my experience in Sydney I decided to move to Brisbane with my family with one thing in mind and that was to get my agents licence and start helping café/restaurant owners to reach their objectives. There is so much good that can be added to this industry and most brokers miss the point, which is the relationship; the transparency, communication and  professionalism.

I found all of these qualities only in Paul and GSE business consultants so I am very happy to join his team and provide the best service, professionalism and respect that a buyer or  vendor deserves.

How to Choose a Broker

Your Guide to Selling

Understand the 16 Steps from preparing your business for sale to settlement.

Join our Bsale Community of owners, brokers and franchises.