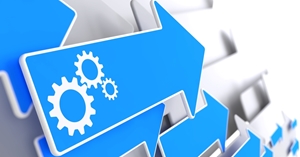 Assessing the merits of businesses for sale and ultimately becoming the figurehead of an endeavour is the dream for many. After all, there's certainly a huge amount of professional freedom available to those who own and operate an enterprise.

However, once the business is up and running, taking the steps to continually better it is where the real skill lies. Fortunately, those that are in charge of small and medium-sized enterprises are typically best positioned to adapt, innovate and thrive.

In fact, a comprehensive report from the Office of the Chief Economist explained that small business owners across Australia are more closely aligning with the traditional definition of 'entrepreneur' and finding alternative ways to do things as a result.

Consequently, start-up enterprises and small businesses are having a bigger impact on the country's economy than ever before.

Paving the way for innovation

So, while the landscape for outside of the box thinking is generally positive, what really sets apart Australian small business owners when it comes to innovation in particular? Well, Forbes contributors Andrew Waldeck and Renee Hopkins Callahan explained that it's in part due to their mentality surrounding experimentation.

For the most part, big, established businesses have a huge amount at stake when they roll out a new product, generate a new way of doing things internally or generally pursue change. The biggest companies typically have shareholders to satisfy and their decisions can be relatively safe as a result.

Smaller businesses by their very nature have fewer people to answer to, and can carve the path they wish to follow more freely.

Entrepreneur magazine contributor Mike Templeman suggested innovation is now a necessity for small businesses across myriad sectors. Rather than simply be seen as a process in which boxes have to be ticked, modestly-sized companies can use their position to build their models around alternative thinking.

Moreover, while some great ideas can occasionally lead to dead ends, small business owners that can consistently innovate will typically positively impact their bottom line. Specifically, coming up with new products, services and offerings – and also finding alternative ways to bring them to market – can prove fruitful.

Ultimately, while innovation may be seen as nothing more than a buzzword in many boardrooms and C-suites, small businesses that get on with their out of the box thinking can level the playing field against bigger peers, and ultimately find success.