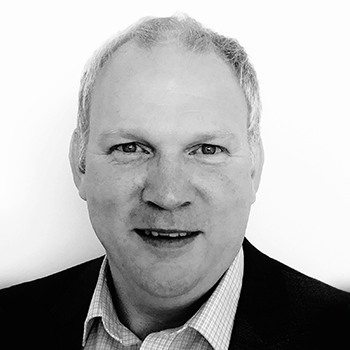 Tony is a Partner and founding member of SOT Business Brokering. Prior to joining the SOT Business Brokering team, Tony played an integral role in the success of two start-up companies. With a strong financial focus, his career has been marked with a proven track record of strategically positioning businesses for growth and acquisitions.

From 1999 to 2004 Tony was employed by a Perth based corporate health company (Health on the Move) and was responsible for developing and implementing state wide OSH based training programs for local government. Tony was a fundamental team member in the expansion of the business from a 2-man operation to one of Australia’s largest allied health companies, which was successfully acquired by Jardine Lloyd Thompson.

In 2005 Tony immersed himself into a tech start-up (iWebGate) that developed patented security software. From 2005 to 2017 Tony had various financial, administrative and project management responsibilities. On the finance and corporate side, he successfully secured R&D tax incentives and various government grants (EMDG and Commercialisation Australia) and assisted in raising capital (private and public), which cumulated in the Company listing on the ASX in 2014.

Tony's qualifications include a Bachelor of Science (University of Western Australia), a Certificate in Training and Assessment and a Diploma of Investment Relations (ARIA).

An excellent opportunity has become available to own a very successful studio-based portrait photography business located in the southern suburbs.This business has a high profit...

An opportunity has become available to own a very profitable and enjoyable business selling and servicing air compressors in the Midwest region.A rare find, this business is well...

Rare opportunity to buy a family business established in 1965 which specialises in timber flooring and decking supply and installation. Packed full of history with a solid reputation...

Tyre & Automotive Business - Make an Off...

This tyre services business is a proudly family, WA owned business that has been operating successfully for over 15 years as an Independent Tyre outlet.They offer five star sales...

This successful heating and cooling retail business is a must see! It’s easy to run, has consistent year-round sales and still has a huge potential to grow.With a recent upgrade to...

A rare opportunity has become available to get involved in a unique and longstanding restaurant in the South West.With an exceptional amount of repeat business, this restaurant has a...

An excellent opportunity has become available to own a successful furniture retail business specialising in chaise sofas. With relationships set up to import regular and exclusive...

MAKE THE CHANGE TO A FULFILLING LIFESTYLE AND HELP YOUR CLIENTS LIVE THE DREAM!Do you want to LOVE going to work? This might just be the one for you! How about a business where all of...

An excellent opportunity has become available to own a highly successful mens hair salon.The business is very profitable and well regarded; and has no direct competition in the direct...

Ideally located near the Perth airport (T3,T4), this profitable business is primed for continued success. All systems and process have been streamlined to allow for a seamless...

Own a highly successful business that specialises in equipment supply to the mining sector.The business has a superb reputation as being a quality and reliable operator. With a highly...

Excellent opportunity to own an established business specialising in vehicle auctions. The business has a long trading history and established customer networks. Continue the business...

How to Choose a Broker

Your Guide to Selling

Understand the 16 Steps from preparing your business for sale to settlement.

Join our Bsale Community of owners, brokers and franchises.