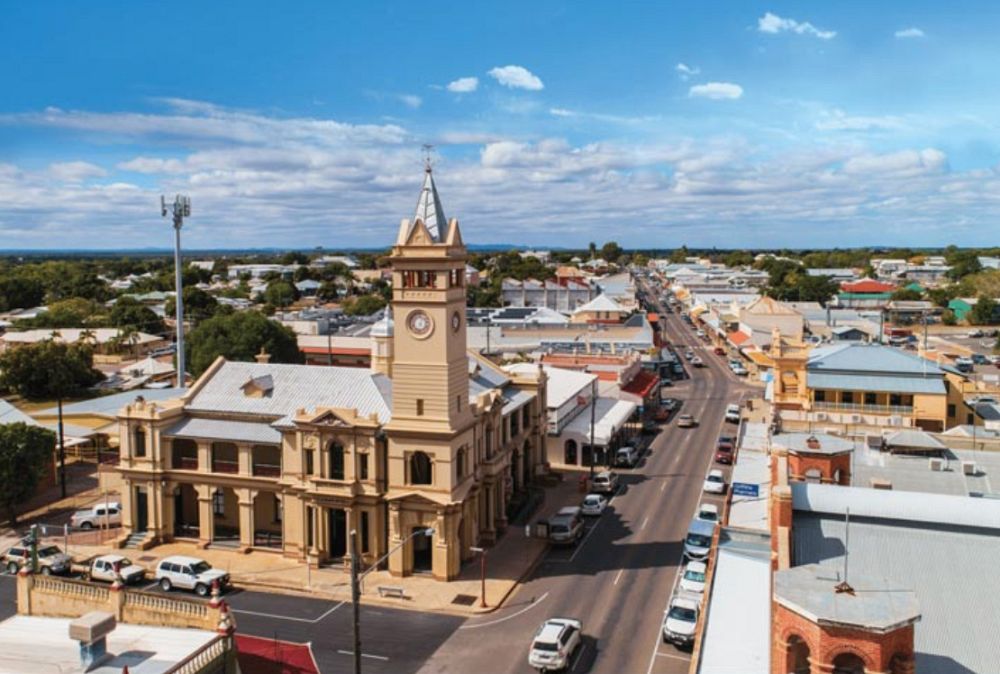 When Australian Survivor Blood V Water premiered earlier this month it put Charters Towers on the world map and now a new initiative is hoping to attract residents from Melbourne & Sydney to the town in record numbers.

“The ‘Live Charters Towers’ initiative is about making people in Melbourne & Sydney aware Charters Towers exists and the sought-after benefits on offer that include abundant education and job opportunities and vibrant lifestyle, all just 90 minutes from a major regional city,” said Paul McIver of Goldtower Central, the brainchild behind the campaign.

“The long-term goal is to share our region with even more Australians and bring new residents to Charters Towers,” said Paul.

Lorrae Strahorn was born in Charters Towers but spent years living interstate and abroad before returning to the region. Like many others, she never thought she’d be able to have the career she’d worked towards and be able to live in a regional town. Whether you look to invest in charter towers or look at an option such as buying a motel for sale, there are some great initiatives available.

“I’ve lived in a few cities in my life - Brisbane, Melbourne, London and Manilla - and I spent a number of years in Sydney for work.

“When my husband and I were living in Melbourne we began to think long and hard about what we really value, and the place of work in our lives. What we came to realise, is that cities are tough to live in,” she said.

Lorrae is a Director with Deloitte Digital and works remotely in Charters Towers.

The appeal for Lorrae and many others drawn to Charters Towers, is the fantastic schools, community spirit and the region’s unique and rich natural environment.

With a team from Deloitte, Lorrae is working on the release of a Drought Resilience Self-Assessment Tool (DR.SAT) for Australian farmers, which is part of the Future Drought Fund. DR.SAT launched successfully in December last year.

“It’s such a great project that will have a real impact, and with everyone working from home for the majority of the time thanks to COVID, it really has proven that we can work from anywhere.

And if you can work from anywhere, Charters Towers is a pretty good place to choose,” she said.

“Unlike many towns that are reliant on one or two industries, Charters Towers has so many economic drivers currently active within the region, including mining, education, tourism, health care and agriculture. There’s also a huge opportunity for small businesses in this region.

“Ravenswood Gold Mine is expanding, requiring additional workers, and the opening of Big Rocks Weir is projected to create an additional 170 jobs locally. This is not including the jobs created by Adani, who source workers from Charters Towers, or our established, and highly reputable, education sector which is always on the hunt for teachers,” said Councillor Beveridge.

“These sectors are major contributors to the region and remain the key to the future performance of the region’s economy.”

"In the last few months alone, families moving to Charters Towers from the capital cities like Brisbane, Sydney, and Melbourne have increased by over 30 per cent," Ms Fraser said.

“Going by median house prices, people could buy up to four houses in Charters Towers for the price of an average home in a capital city without having to give up educational and job opportunities or health care.”

“It’s easy to see why disheartened home buyers are looking to regions like Charters Towers, where a little over $180,000 can buy you a home in Charters Towers City,” said Julia.

The ‘Live Charters Towers’ campaign is the first of its kind in the region and Charters Towers Regional Council Mayor, Councillor Frank Beveridge, said it’s great to see a campaign actively recruiting new residents to the town.

“The time is right for this campaign.

“Charters Towers Regional Council worked closely with the producers of this season’s Australian Survivor, and we’re so glad we did. Since the show has premiered, our town has been thrust into the spotlight - now is our time to shine.

“We are the envy of every region in the north Queensland neighbourhood. It’s great to see Paul, whose family has long had roots in Charters Towers, achieve business success elsewhere and return to Charters Towers and invest big. Everybody in the region is talking about it,” concluded Councillor Beveridge.

People looking to relocate in search of job opportunities or to get a better feel for Charters Towers can visit livecharterstowers.com.au.

Utilising Your Team For Business Success in 2022

How to make your business thrive in 2022