The Growth of the Party People 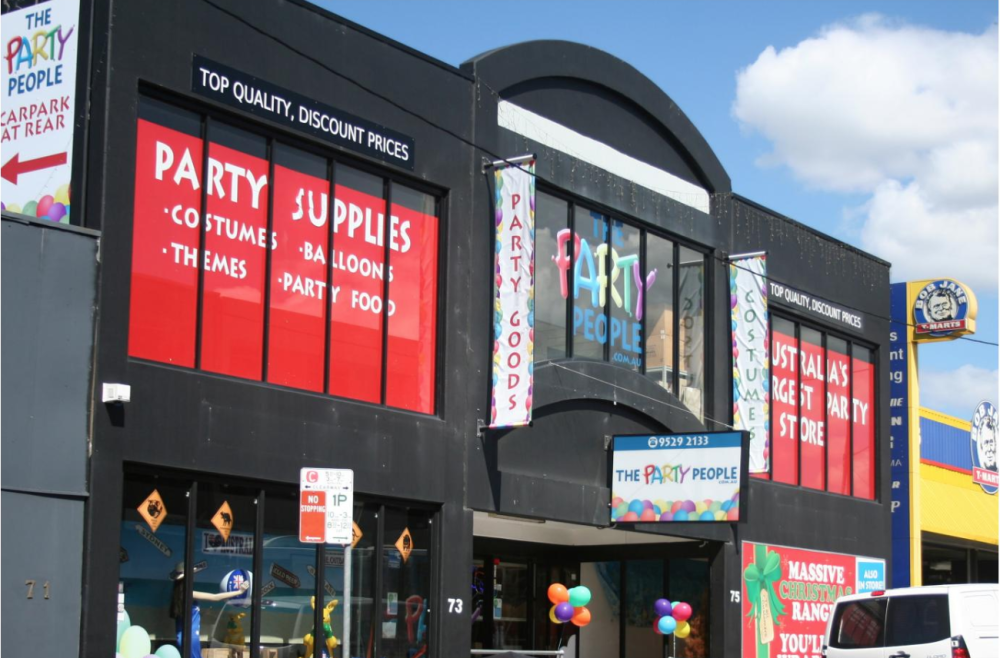 The Growth of the Party People

30 years ago Mala Salakas was "Patches The Clown" catering for kids parties. Her passion for parties led her to start a small party store with her father Peter Nikolas. In 2007 her sons Dean (me) and Peter Salakas took over the family business so they could retire. At that time The Party People Shop had 2 employees in the shop.

Today the business has over 40 employees, are the market leader for party supplies online in Australia and now have two bricks and mortar stores of which one of them is the largest bricks and mortar party store in Australia. We use to get teased at school because our mum was a clown and today we wear it with a badge of honor.

The business launched online early in 1999 as Australia’s first online party store and continued to achieve online firsts by offering click and collect from the beginning, being Googles first Australian Adwords customer, being Microsoft Bin gs first Australian advertiser among other first including piloting Facebooks accelerator program. I helped my mum with the online business while at high school and university and did my final year thesis on the business which led to major changes and an acceleration in growth.

When Peter and I took over in 2007, we drove the business's digital strategy which has made it the success it is today. We have also focused on building a great store experience which is why the Australian Retail Association recently named us as the Independent Retailer of The Year and the Online Retailer of the year. I was also personally named Retail Leader of the Year.

The business also appeared on Shark Tank Australia where we received a $400,000 offer from Janine Allis which we turned down and today are preparing to create a chain of party stores in Australia so that every Australian can create their dream party.

Arts and Crafts for Sale

Why You Should Consider a Commercial Business for Sale